“Take Me Back!” Noiseworks Frontman to Play Bathurst in October 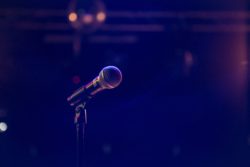 Fans of the 1990’s Australian band Noiseworks are celebrating the news former frontman Jon Stevens is set to perform in Bathurst. Stevens will take the stage at Panthers Bathurst on Friday, October 26.

Stevens, who also fronted INXS after the death of Michael Hutchence and played Judas in the stage production of Jesus Christ Superstar, is returning to Bathurst after being forced to reschedule his May show, due to illness. He will play songs from throughout his decades-long career.

Panthers is conveniently located less than two blocks from us here at Encore Apartments, so book your room early.

Book your room at Encore now.